For years, I’ve been having trouble sleeping at night. Since I was a caffeine addict, I’ve mainly depended on coffee to keep me awake. However, it seems that my addiction to coffee has taken its toll and interfered with having a good night’s sleep.

If you’ve been experiencing the same thing and having trouble with catching the z’s, worry not! People like us can turn to natural herbs to calm us down and help induce sleep before resorting to sleeping pills and prescription meds that are sometimes too much for our bodies.

Read on and discover five different types of nature’s own sleeping “pills” that can help people sleep better. Check out which one is best for you! 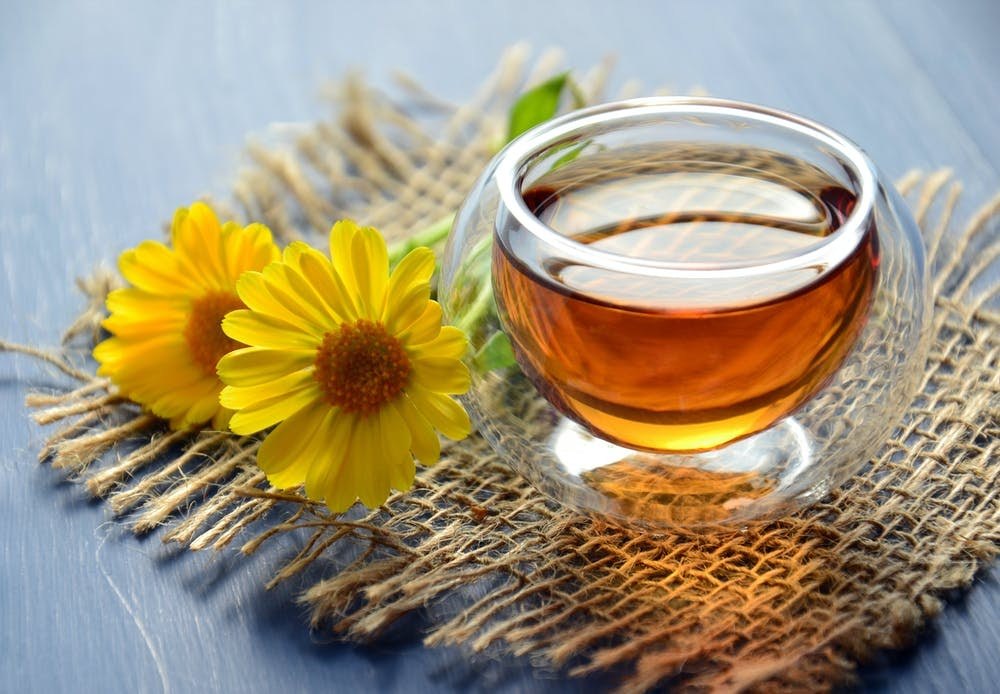 When I was first introduced to drinking tea before bedtime, the first herb I tried was the ever-dependable chamomile tea.

This has been used as a natural remedy to treat insomnia and reduce inflammation. I remembered my mom making this for herself during sleepless nights when I was a kid.

Chamomile is regarded as a sleep inducer and mild tranquilizer, so it was no doubt that it helped me to sleep at night.

Chamomile contains apigenin, an antioxidant abundant in chamomile leaves. Apigenin works by binding itself to specific receptors in your brain that can decrease anxiety and initiate sleep.

I drink a cup of chamomile tea as part of my daily nighttime self-care ritual. I’ve integrated it with some other activities, such as taking a warm bath and meditation exercises before bedtime.

The tea tastes great on its own, but you can also add some honey, sugar, or lemon. However, I’ve found it best to add milk to my chamomile tea as the flavor pops and the texture and consistency become creamier.

I can say that I wake up feeling refreshed and great every morning, thanks to the superb quality of my sleep from the soothing effects of this wonder herb!

Chamomile, aside from being a mild sleep inducer, Chamomile also improves cardiovascular conditions and stimulates the immune system. 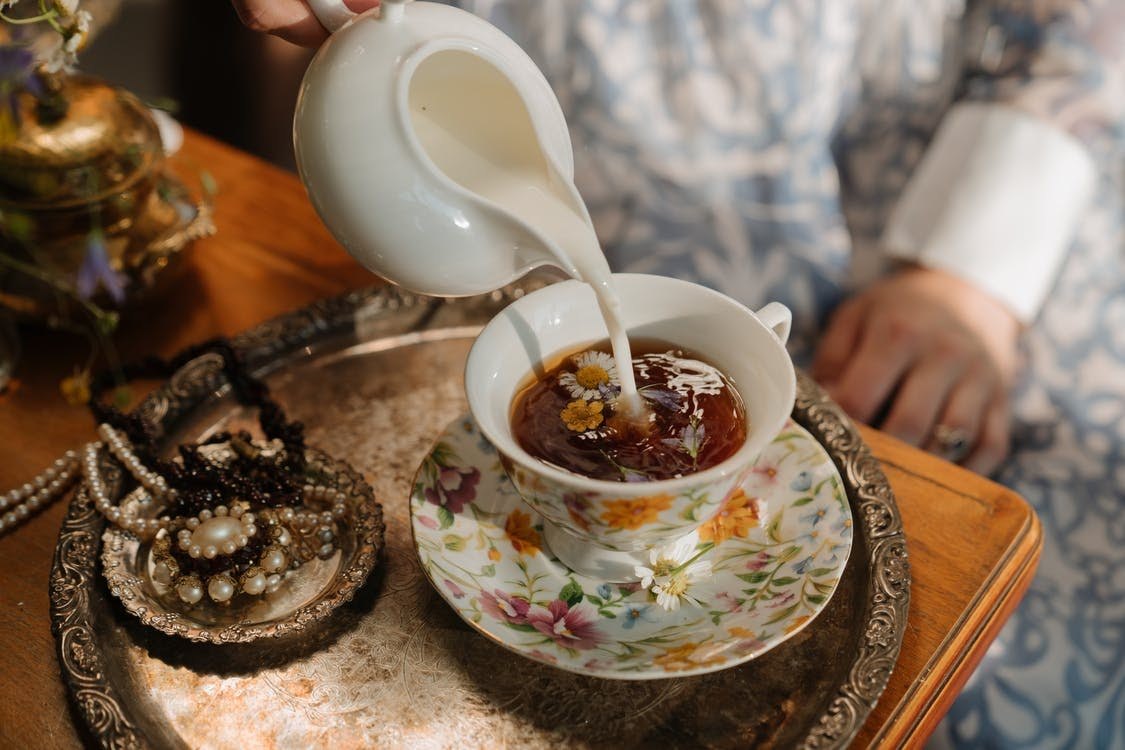 Chamomile also reduces bloating, so it can be taken in complement to a healthy diet and lifestyle.

This tea also stimulates gastric juices, which help break down the food we eat, which leads to quicker digestion.

You can drink a cup of chamomile tea after a meal or towards the end of your day to calm the muscles in your stomach and speed up the time between digestion and the excretion of waste.

Good For The Body

Because chamomile is rich in calcium and potassium, drinking is also good for your entire body.

I’ve also found that chamomile is also great for ladies out there experiencing menstrual pain.

For people with diabetes, chamomile is most certainly for you as it can help lower blood sugar, too!

I tried drinking valerian root tea when I visited my aunt during the holidays. She found out that I had been trying tea to sleep better, so she recommended valerian root tea to me one night and fixed me a cup before going to bed.

She said it was “nature’s Valium,” so I eagerly tried it. I was surprised at how easily I fell asleep and woke up the next day feeling refreshed and great.

It works by interacting with gamma-aminobutyric acid (GABA), a chemical messenger that regulates nerve impulses in the brain.

This process is similar to how Valium and Xanax work, which explains why the valerian root was called “nature’s Valium.”

However, unlike other teas, I noticed that the valerian root tea has an intense earthy flavor and odor, so use a bit of sweetener to make it tastier. Valerian root can be taken as either tea, liquid form, or capsule.

The valerian plant is indeed helpful –  its flowers were used to create perfume centuries ago, while its roots serve various purposes for relieving stress, anxiety, and sleeplessness. 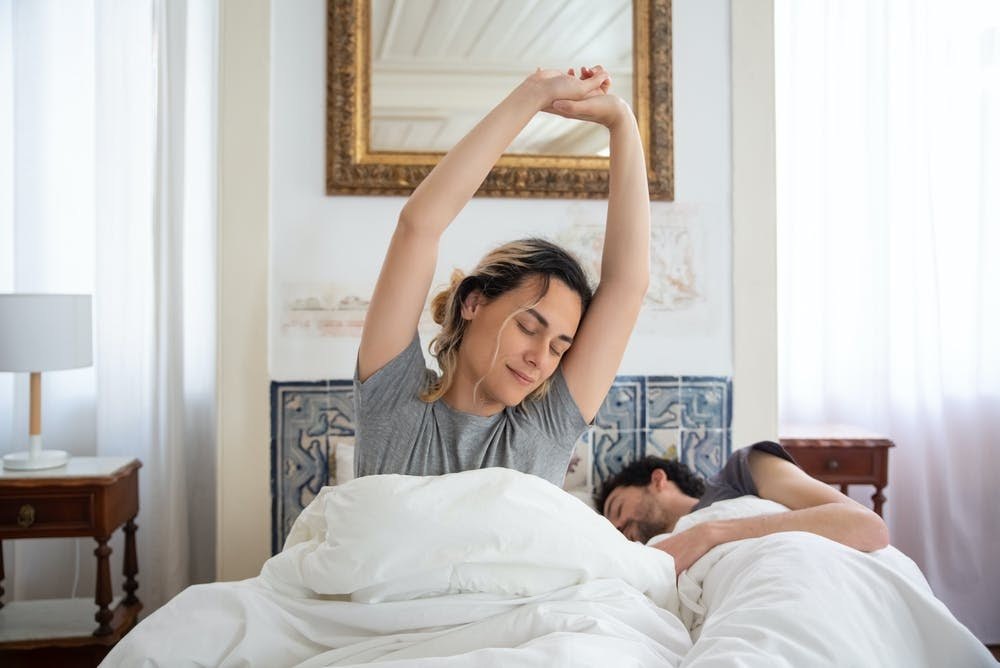 Drinking valerian root tea can decrease anxiety in stressful situations, which I can attest to when I spent the holidays over at my aunt’s place!

Aside from improving one’s sleep quality at night, valerian root tea can help people with withdrawal symptoms and develop a dependence on sleeping pills.

To get desired effects, use 2-3 grams of dried valerian root steeped in hot water for around ten to fifteen minutes before going to bed. You’ll be guaranteed to wake up with a smile on your face!

One of the widely popular cult favorites, lavender tea, is one of my favorite teas to drink not just because of its sleep-inducing effects but also because of its appealing scent and aroma.

Lavender has been around since the time of the Greeks and Romans, and we’ve been pretty obsessed with lavender and put it in everything – diffusers, perfumes, oils, lotions, and many more.

Lavender tea has been found effective in calming one’s nerves and facilitating sleep.

I usually switch from lavender to chamomile tea for my daily self-care routine, so I can guarantee that both these teas are great for relaxation.

I love brewing fresh lavender for my tea, but using store-bought bags is excellent as well.

For homemade lavender tea, I boil eight ounces of water and put in four teaspoons of fresh lavender buds in a tea ball. Then, I steep the tea for 10 minutes before enjoying my cup of tea.

Apart from the tea’s calming and anxiety-reducing magic, I also noticed how my mood is greatly improved after sipping (and smelling!) some lavender tea. 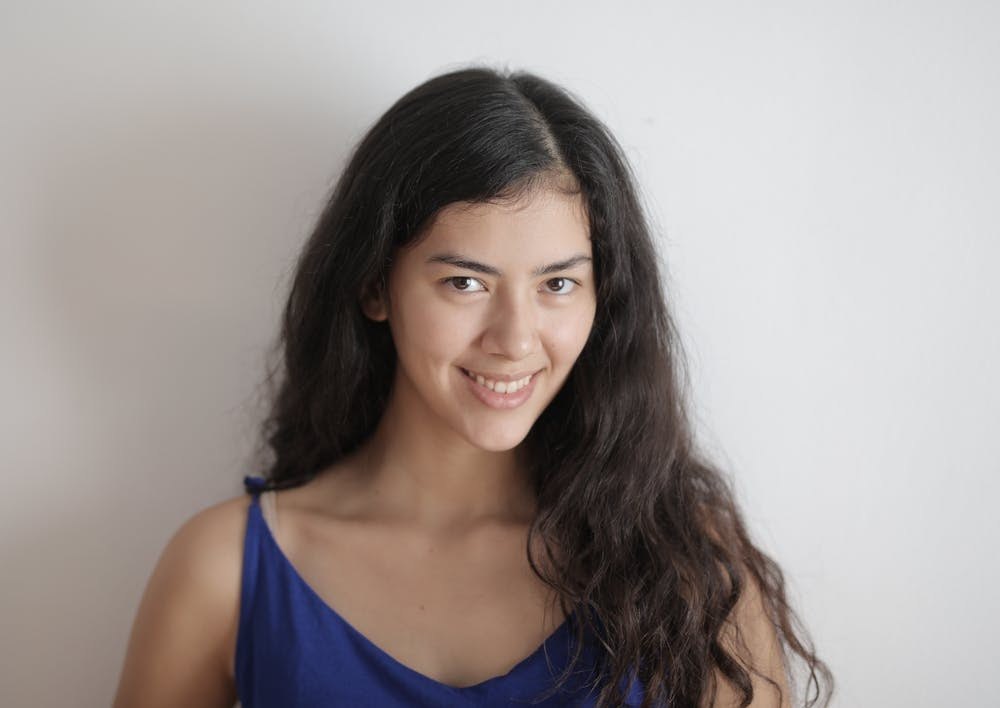 This is because lavender is widely used for aromatherapy to help with depression, fatigue, and stress.

Lavender tea also improves one’s skin, which is great because this can save you a trip to the dermatologist for unwanted acne and other skin problems.

Good For The Body

It is also said to help with digestive issues such as an upset stomach, vomiting, abdominal pain, and stomach cramps.

This native Mediterranean plant also helps boost immune health because of its abundance of antioxidants and antibacterial compounds.

Moreover, these antioxidants eliminate toxins from your body and leave you clean and refreshed.  Lastly, lavender tea also helps people with breathing problems through soothing inflamed muscles in the chest and throat.

Often confused with lemon, lemon balm belongs to the mint family found all over the world. Its leaves are dried to make lemon balm tea.

This citrus-scented tea herb has been used to reduce stress and improve the quality of sleep since the Middle Ages.

I seldom drink this type of tea as lemon balm can be quite hard to find, but I try to drink this as much as possible because of its great benefits.

Fortunately,  I was able to get my hands on some lemon balm when I was experiencing a mild form of insomnia, which I was relieved of after days of drinking the tea.

To make the tea, get fresh cuttings of lemon balm and steep them in boiling water for a couple of hours for a stronger effect.

However, you can add two cups of boiling water to an ounce of dried lemon balm leaves for immediate consumption. 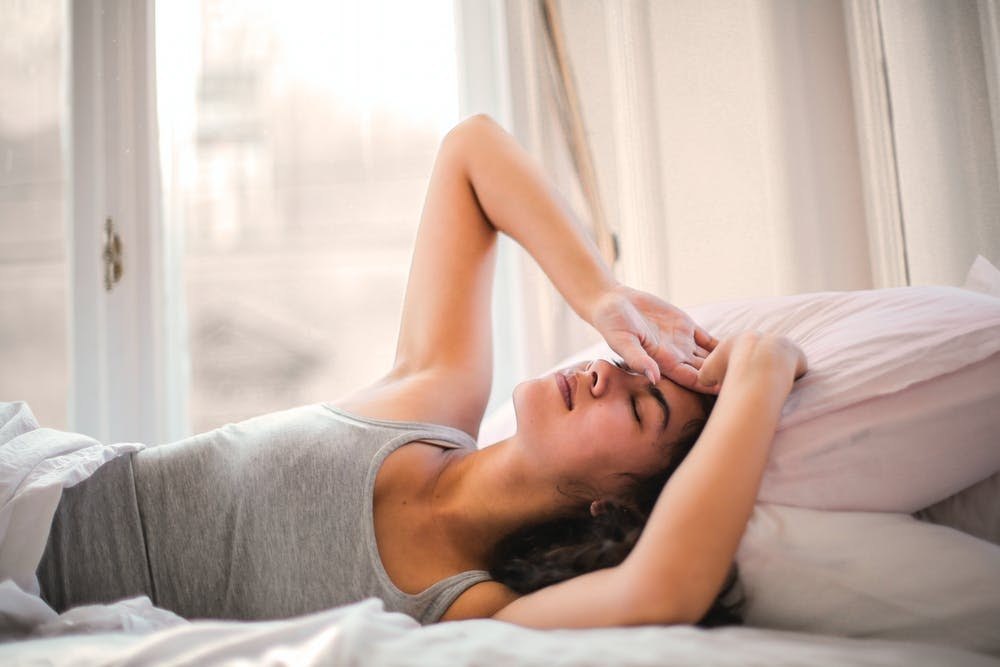 Due to its antispasmodic properties, lemon balm can also help with nausea and indigestion.

Because of its abundance of polyphenols, lemon balm has strong antiviral properties that can benefit your immune system. Drinking lemon balm tea can make you healthier and stronger!

This flowering plant is native to the Sichuan region of China, but it can be found throughout East and Southeast Asia.

The tea is made from the bark of the plant, hence the name – but it can also be made from dried buds and stems.

I was lucky to have come across this plant in one of the Chinese stores across town, which was referred to me by my Chinese friend who knew I was suffering from sleeplessness.

If you happen to have access to the bark, here’s a simple recipe on how the Chinese folks prepare it: first, rinse the bark with cold water to avoid getting sick with contaminants.

Then, soak the bark for half an hour. Using the soaked water, bring the water to a boil and simmer for another half hour. Drain the liquid, which is now the tea.

You can drink this hot or cold, although I prefer to drink mine cold as it lessens the bitter and pungent smell.

The tea is also great for reducing oral cavities and swelling of the gums as it kills the bacteria in the mouth. 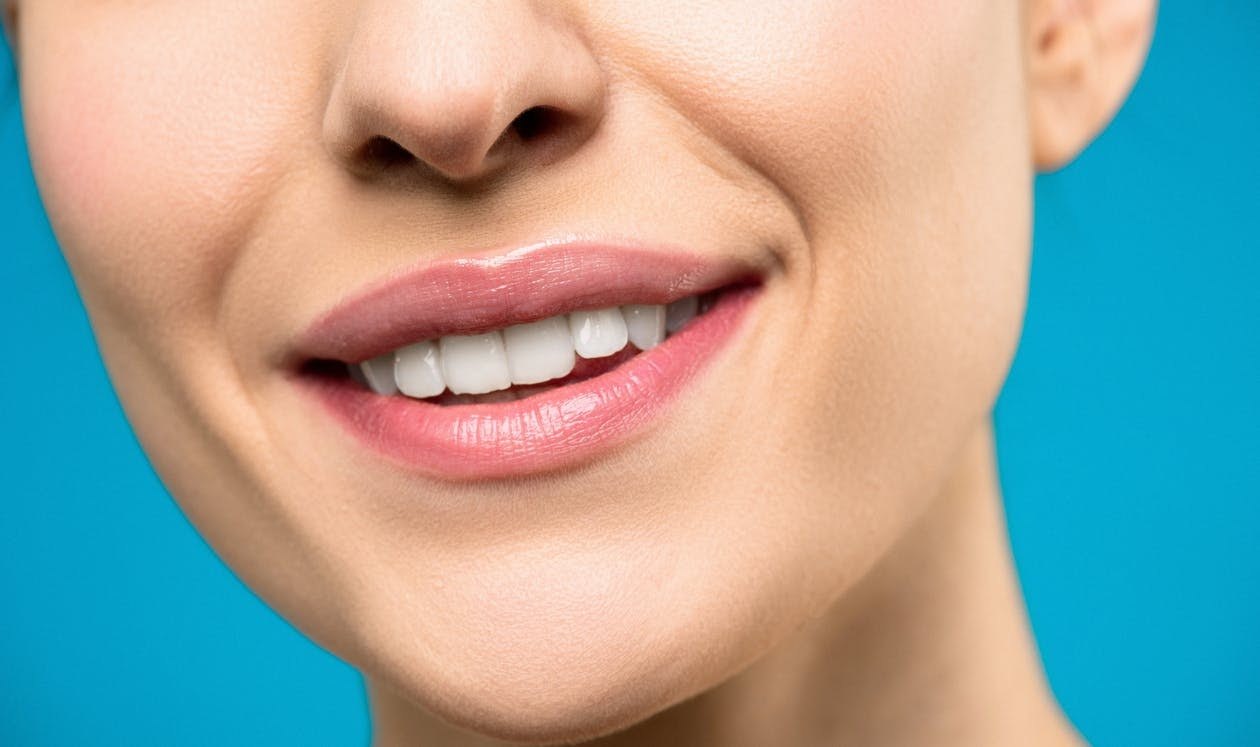 For the ladies, magnolia bark tea can also help in menopausal problems and cramps.

The magnolia bark is also used by the Chinese to help with depression and anxiety. The plant’s soothing and calming effects can calm nerves and activate areas of the brain that stimulate relaxation and calmness.

These are some of the best natural herb teas available out there to help you with stress, anxiety, insomnia, among many others. These five herbal teas have helped me a lot in dealing with sleeplessness.

Nature is truly filled with a lot of natural medicine that can help our bodies stay healthy and strong. However, be sure to seek the right medical attention when needed, especially for serious conditions and ailments!